Fashion Designer Azadeh Yasaman Nabizadeh shares with the audience her journey to discover modern designs based on Iranian traditional craftsmanship.

Fashion Designer Azadeh Yasaman Nabizadeh shares with the audience her journey to discover modern designs based on Iranian traditional craftsmanship. 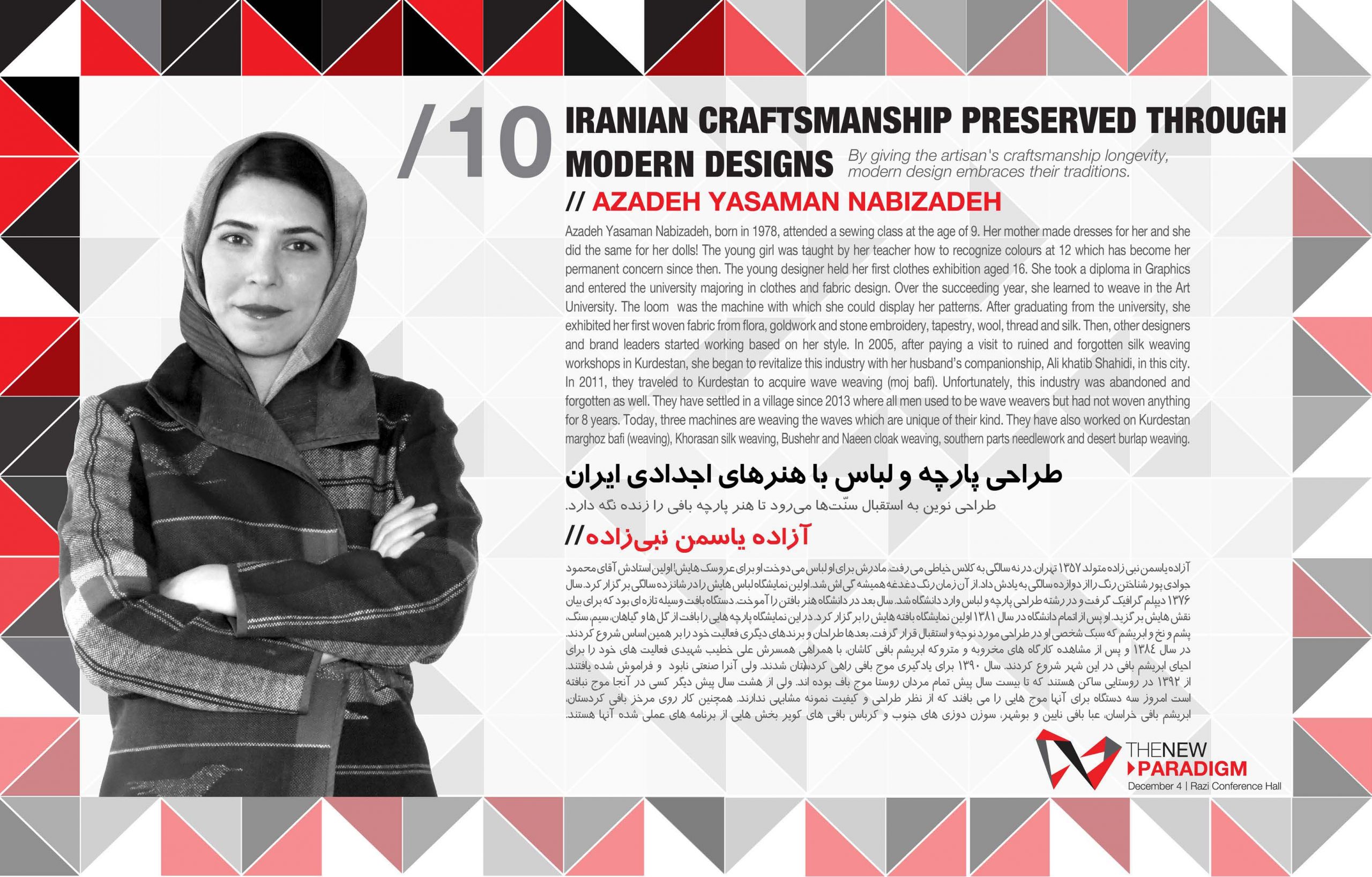 Azadeh Yasaman Nabizadeh, born in 1978, attended a sewing class at the age of 9.Her mother made dresses for her and she did the same for her dolls! The young girl was taught by her teacher how to recognize colors at 12 which has become her permanent concern since then. The young designer held her first clothes exhibition aged 16. She took a diploma in Graphics and entered the university majoring in clothes and fabric design. Over the succeeding year, she learned to weave in the Art University.
The loom was the machine with which she could display her patterns. Azadeh wove her patterns and put them on instead of hanging them on the wall.
After graduating from the university, she exhibited her first woven fabric from flora, gold work and stone embroidery, tapestry, wool, thread and silk. Subsequently, her personal style was welcomed by many visitors. A year later, the designer succeeded in finding her special costumers and market and was known as one of the leading designers.