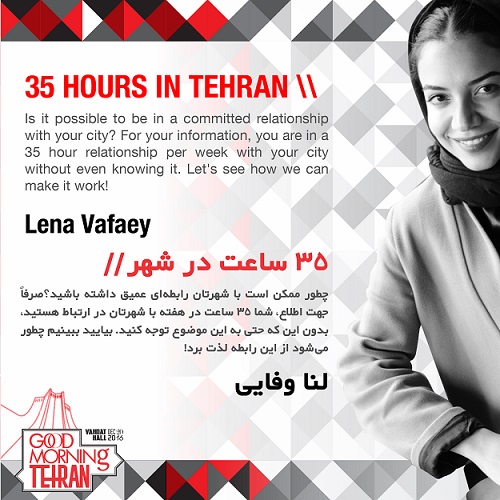 Born in Tehran in 1988, Lena Lived in London for 3 years between the ages of 5 and 8; thereafter, she moved back to Tehran and stayed there until the age of 18. She was a hardworking student at school but never dedicated 100% of her time to her studies, a reason which might have prevented her from getting admission to a good university in Tehran, however, it enabled her to peruse various interests. Lena moved to Vancouver, Canada at the age of 18 in 2007 and attended the University of British Columbia to get her bachelor’s degree in Geotechnical Engineering. Her first interest in exploring cities was developed during her time away as an exchange student. In 2012, she graduated from the University of British Colombia and moved to New York City to commence an architecture program at Columbia University. She then moved back to Tehran and worked at Dayere Design studio for a year. She started working on «Peeyade» project in 2015.