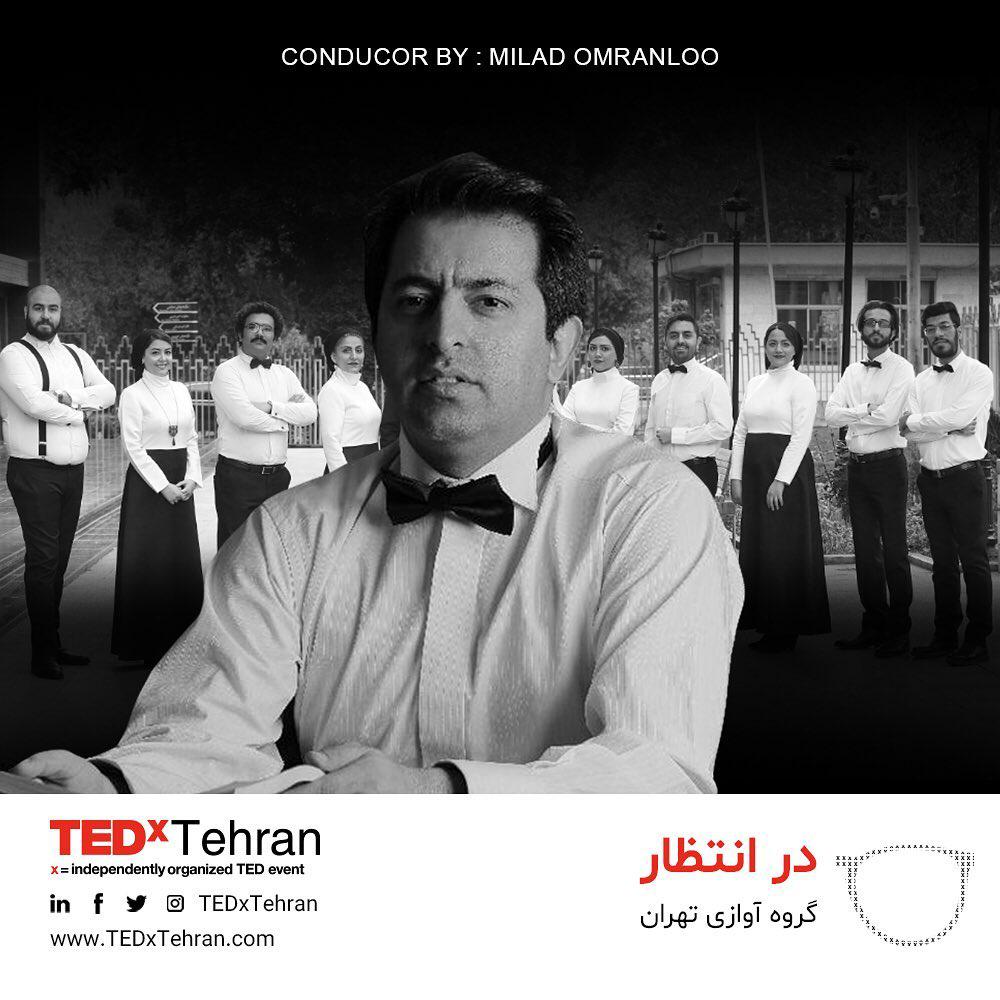 Tehran Vocal Ensemble, founded by Milad Omranloo, came into existence in 2006 and opened a gateway to a new acapella style in Persian acapella music inspired by European bands. The style is based on a group of singers each one playing the role of an instrument assembled to perform as a harmonic orchestra with matchless sound effects. The first concert of this group, took place in August 2007 at “Rudaki Hall” and after that, the ensemble has performed several times in “Vahdat Hall” and other venues in Tehran, Gorgan, Shiraz, Tabriz and Bandar Abbas. Besides the ensemble has performed in several concerts and international festivals in South Korea, China, Armenia, Italy, Spain, Austria, Latvia, Russia and United Arab Emirates and has won several Gold, Silver and Bronze medals in these festivals. The Ensemble has recorded two albums entitled "Vocapella" and "Vocapella 2" in which the prominent vocalists such as "Homayoun Shajrian" and "Vahid Taj" has performed as the guest singer.