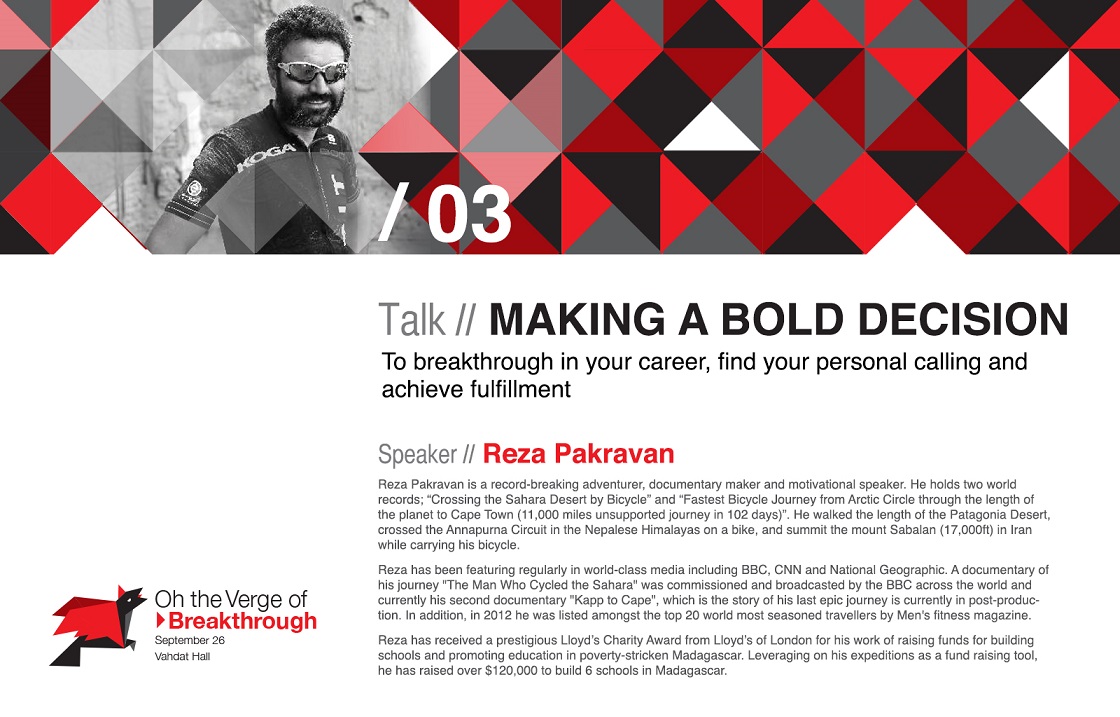 Reza Pakravan is a record-breaking adventurer, documentary maker and motivational speaker. He holds two world records; “Crossing the Sahara Desert by Bicycle” and “Fastest Bicycle Journey from Arctic Circle through the length of the planet to Cape Town (11,000 miles unsupported journey in 102 days)”. He walked the length of the Patagonia Desert, crossed the Annapurna Circuit in the Nepalese Himalayas on a bike, and summit the mount Sabalan (17,000ft) in Iran while carrying his bicycle. Reza has been featuring regularly in world-class media including BBC, CNN and National Geographic. A documentary of his journey "The Man Who Cycled the Sahara" was commissioned and broadcasted by the BBC across the world and currently his second documentary "Kapp to Cape", which is the story of his last epic journey is currently in post-production. In addition, in 2012 he was listed amongst the top 20 world most seasoned travelers by Men's fitness magazine.