What fuels a movement are the anonymous extraordinaries behind it.

There are many volunteering projects across the world that show how idealist young people can make a big change regardless of their age, nationality, gender, and religion.

The power of young activists

The Invisible Children project which was founded to draw attention to the LRA crisis in northern Uganda is a good example for those who don’t believe in the power of volunteers and activists. They work hand-in-hand with trusted local peacebuilders in conflict zones across central Africa to help their communities organize to prevent violent conflict, recover from its impacts, and build sustainable peace. 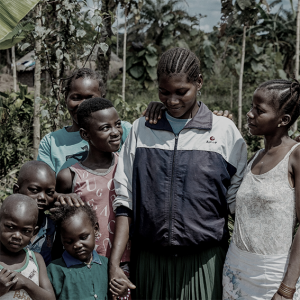 By harnessing the power of storytelling, youth idealism, and human empathy, they mobilized millions around the world to raise the banner for LRA-affected communities and move world leaders to take historic action to end the LRA crisis.

Achievements of an endeavor

Natalie Warne is one of those young activists with an inspirational story. She was only 17 when she got to know about the Invisible Children project and joined a team of people who didn’t let age stop them from changing the world.

The important thing about Natalie’s story and other activists is that she couldn’t make that impact alone. She was one of many youngsters who made the project get noticed by Oprah and then the US Congress. They worked hard together for a bill to help the project end Africa’s longest-running war and it paid off. A year after that President Obama signed their bill into law.

The lesson behind the success

Their path to success has a lesson for all of us. What we’re trying to pursue must be what we believe in, not just what brings us fame or fortune; and we shouldn’t be afraid of chasing after it with everything we got. Sometimes sacrifice is the key to success.

Find that thing that inspires you, that you love, and just chase after it, even fight for it, because that is what’s going to change this world and that is going to define you.

Being young and making an impact.

A roadmap for young changemakers